Yo, happy belated holidays. Lots of fun in the last few days up here in ATL.
We trolled through an abandoned prison farm, ate too many cookies, and have had an overall kicking and relaxing time.
I've made a couple mini-comics as well, one for Kate and one for fun since Kate's came out so well.
Posted by Ben Passmore at 2:06 PM 3 comments:

Scored a nice gig, and got a few nice lil projects coming up. Things looking good.
Ran into a couple fellas I met on the road in Santa Cruz. The spirit of the road brings all wayward travels to each other if your open to it. Folks you meet and connect with, even for a second, on the road have a way of gravitating to you in time over unimaginable distances. It's a bond that can't be broken. People that don't shake everything of and get some weary, long road behind them will never understand that kind of connection....or maybe they can. Sorry I didn't mean to get all hobo elitist.
I got to do some pages for Tug Benson for the first time in maybe three months. Very exciting....
Selah
Ben
Posted by Ben Passmore at 2:21 PM No comments:

Here's a cover I did for a submission. I'll keep up for a while, though I'm not sure if I'm supposed to, the company might own it if thy hire me, which is unlikely. Sigh...freelance blues. 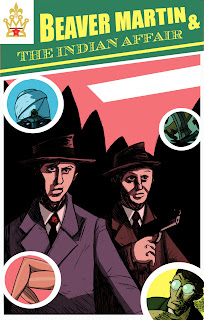 Posted by Ben Passmore at 12:51 PM No comments:

I just started re-reading all my trades of BPRD and Hellboy to get myself re-into the wonderful heroin high that is comix. I haven't done a new Tug page in almost a month, what with moving and now with freelancing sucking up all my energy. BUT NO LONGER! I'm going to kick this freelance crap to the curb and re-engage!...kind of. I'm still trying to get side jobs. I found a pulp novel start up that's looking for cover artists. So I've been drawing hardened looking gents and sexy legs.
Here's a sketch I did and then when over with a sharpie 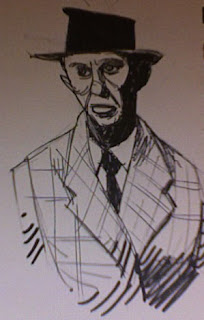 .
Sorry I still don't have a scanner, I had to shoot this with photobooth.
Here's a whaler: 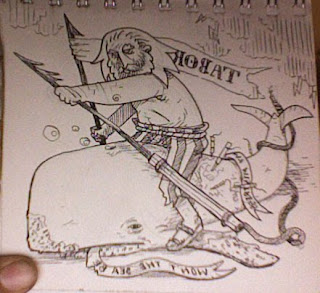 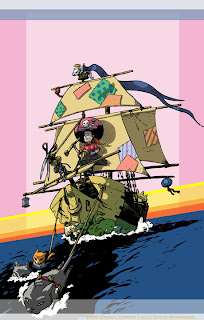 My moms b-day was during Thanksgiving/ National Day of Mourning, so I made her a bike poster. She's a pretty avid rider in her own way, and got me riding when I was young and round.

Also, as I said before I've been trying to swing freelance since I got to NOLA. On gig is ecards. Here's a couple rejects. 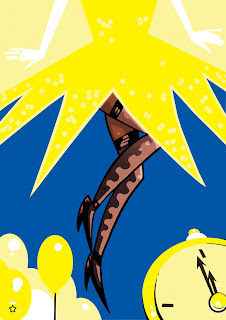 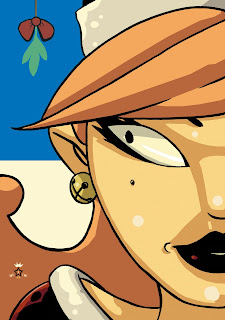 I know I know, the pinnacle of revolutionary iconography, these'll go right next to the Che' head and red fist.

That's it really, I'm just trying to post more often so folks are up to date on the Ben front. So there consider yourself updated.
Posted by Ben Passmore at 5:05 PM 1 comment:

jokes on me I guess.

With luck I'll get a few bucks making e-cards. I'll be making sexy images that accompany phrases like "I <3>
Well anyway, Here's a cut web-comic I just stumbled across. It's a little heady, but fun regardless.
Posted by Ben Passmore at 11:51 AM No comments:

Sunlight? What is this sunlight you speak of? Crazy....

I've been spending hour upon hour, and days upon days scouring the inter-webs for random gigs. So far I've scored an album cover, gallery showings in LA and NYC, and a feature on a culture blog coming up. All of this is fun, and exciting and took a hundred e-mails (not exaggerating.) and before mentioned hours and days. My back is sore, I've lost what was left of my night vision, my girlfriend has lost all memory of the touch of a man, and I'm still pretty well broke! The good news is that I eat trash and I still have a virgin ass.
Moving on! While I was trolling through craig's list I found a site called Afropunk, which is a social networking site for, you couldn't have guessed it, black punks. Who knew so many existed as to render a networking site? Obviously I joined immediately. That led me to a guy named Kaos Blac, who writes an extensive art/music blog using his name-sake.
The first of the two shows that my work'll be in is at Webster Hall in NYC on Dec. 18th. The Second is at the Catalyst Artist Collective in Los Angeles.
So if your like me and you spend hours on the inter-webs looking for messily crap side work take heart, you're bound to find something. But, you're probably going to come out hunched, squinty, and pale.
Posted by Ben Passmore at 10:48 PM 1 comment: