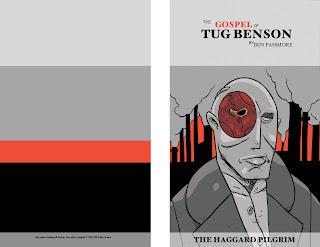 Hey folks,
I'm going to be at the 09 zine fest in Savannah, reping with the Recess zine and hopefully selling some copies of my comics. I'm selling intro to my book as well as the first chapter in separate books.  Above is the cover for the introductory book.
Posted by Ben Passmore at 2:30 AM 1 comment:

So I went to my first comic convention here in New York City and I have to say I have never felt so markedly separate from the rest of the comic community. Way more grown people in anime costumes than I'm comfortable with. Other than that the con was amazing I nerded out over Dave Johnson, who I know from the 100 bullets covers and David Mack, who is by far one of the most innovative cartoonists out there. I got a copy of the now unprinted jungle by Upton Sinclair and then illustrated by Peter Kuper. I bought it right at Peter's table and wanted to geek out over Richie Bush, but he was busy.
I also made ten mini comics of my first chapter, which everyone will be able to see on the site in a few weeks, and handed them out to several publishers(dark horse, penny farthing, abrams, vangaurd, Oni, and a couple others.) The VP of Editing was pretty complementary. I went to see Top Shelf's Editor Chris Staros, we've already spoken a bit before about my book and he really likes and may want to publish me as I get more done. So all in all a good con.
Later I saw Beirut in Brooklyn, which was of course out of the park.
Posted by Ben Passmore at 10:46 AM No comments: 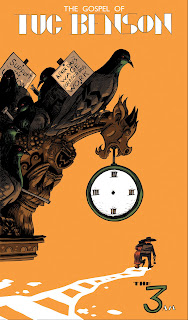 I'm making some mini comics to hand out at the NYC con. this is the cover for it.
Posted by Ben Passmore at 11:23 PM No comments: